Mild: From a Bad Mood to Brooklyn through Four Independent Bookstores

April 28 was Independent Bookstore Day, a day I usually let pass me by, although I do patronize my local bookstore, The Astoria Bookshop, for most of my book needs (the exception being out-of-print books or university presses). The Astoria Bookshop was the first (or last, depending on where you live) on the Independent Bookstore Day Crawl, trek through Astoria, Long Island City, Greenpoint and Williamsburg.

I recently experienced a professional setback that sent me down a spiral of sadness.  Further, it has been rainy, cold and overcast throughout our so-called “spring” in New York City. I was grey inside and out. But Saturday was a lovely sun-kissed day, and I decided to embark on a literary adventure.

All biblophiles will say they have too many books, but, having recently packed up two bookcases in anticipation of a living room remodel, I can state firmly that I have too many books. They are sitting in boxes and piled on a table in my bedroom.  No amount of purging—or, as we say in the library trade, “de-accessioning”—seems to cull the population. I have been researching and writing a novel about young women in British Intelligence during World War II for what seems like a quarter of my life, and between Atlas Obscura alerting me to new weird facts about the war, and AbeBooks on hand to supply me with obscure volumes, I keep acquiring and now own more books than I could read in a year if I quit my job and wrote nothing.

So to acquire more books simply to lift my mood seemed extravagant. I determined I would make one a gift, as my grand-nephew (that’s right; deal with it) is coming up on a birthday. Also, I would make one a goal, as I want my friend Sam to read William Maxwell’s So Long, See You Tomorrow.  Sam and I have recently read John Williams’ Stoner and Augustus, and after reading Stoner, I thought he would like So Long, See You Tomorrow. Williams and Maxwell are both sad, dead, twentieth-century American males.

First stop, the Astoria Bookshop. No William Maxwell, so I decided to go for Alexander Chee’s How to Write an Autobiographical Novel.  With it in hand, I edged toward the register (it was very crowded, and it was story hour), when I saw Galia Bernstein’s I Am a Cat, and chose it instead for my grand-nephew, who lives in a household without a cat. 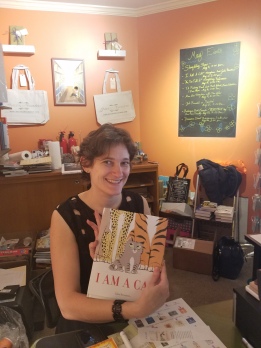 After the Astoria Bookshop, I hopped on the Q102 to take me to Long Island City, crossed the Plaza, and became thoroughly lost. Every person I asked for directions seemed also to be lost, until I found a young father with a baby in a stroller, who sent me in the right director to Book Culture.

Book Culture was celebrating the day with coffee, donuts and orange juice. No Maxwell there, either. I went ahead with How to Write an Autobiographical Novel, and the friendly young women at the counter helped me determine how I could best get to Word, in Greenpoint, without having to cross the Pulaski Bridge on foot. 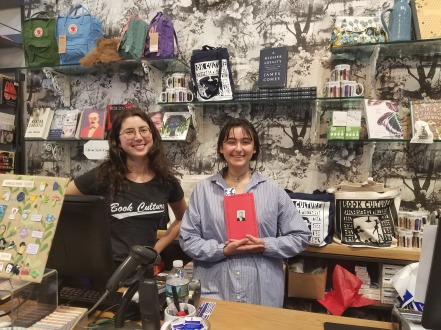 I took the B62 over the bridge and into Brooklyn, then walked, a lot, until I found Word.  No Maxwell. I purchased some sticker books for the grand-nephew. I also bought a novel by Henry Green, whose novel Caught, about the Auxiliary Fire Service in London during the Blitz, I had just bought at the Strand kiosk at the southend of Central Park earlier in the week, on a rare sunny day.

I hope you’re sensing a theme.

Word was having a “blind date with a book,” where any purchase scored you a book wrapped in brown paper. Mine turned out to be a galley of a book about childbirth and drug addiction, so I politely handed it back. Word was also the first place I encountered a fellow traveler, who was coming from the other direction. She seemed confident about Book Culture but leery of The Astoria Bookshop, and waved away my attempt to tell her about how to use buses. 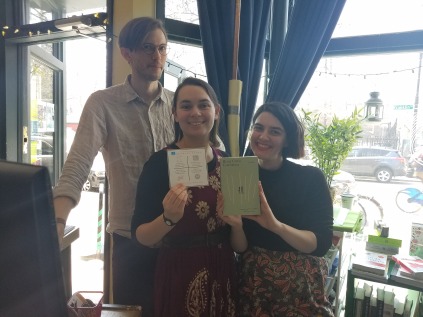 I paused along Franklin Street for sustenance, a bathroom and better Wi-Fi. I was trying to live-tweet my journey.

Then I walked down Franklin Street for a little over a mile, until the cross streets changed from named streets to numbered ones. At 4th Street, I turned left and made it to McNally Jackson.

And there I found Maxwell! 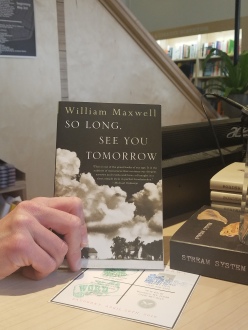 My card was now full! 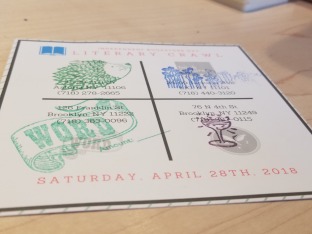 My completed card was confiscated by the man behind the counter. It will now be entered into a raffle in which the winner will receive . . . well, I’ll let you guess.

I took the B32 up Franklin, over the Pulaski Bridge, all the way to Long Island City, where I was lucky enough to catch the Q69, which took me down 21st Street and left me at Broadway.

I then returned to my home base. 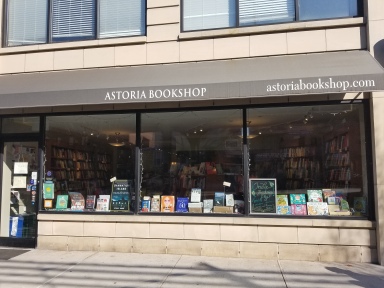 And then I came home, footsore but sunny.

The rule of four